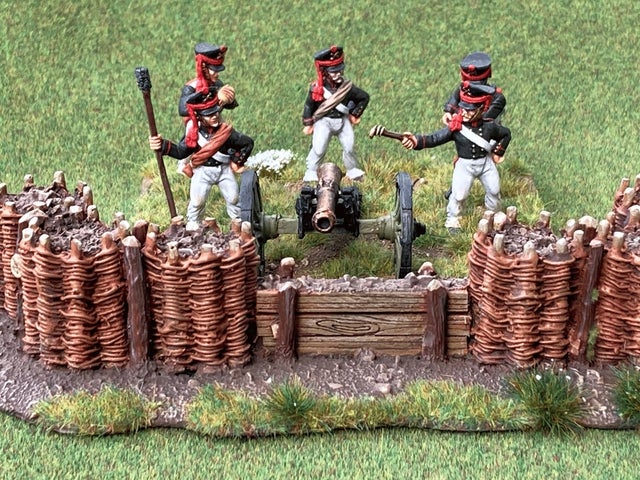 Designed to fit the Charlie Foxtrot Models Artillery trays (both versions) for models based on 2p coins.

Artillery trays are available under a separate listing and not included with the Artillery Gabions.

Painted miniatures from Wargames Foundry are for scale purposes only.